Health Insurance Innovations (HII) sells about 70 percent of the policies it administers through a network of independent call centers, CEO Gavin Southwell in an interview we conducted late last year. The policies, which HII administers, are underwritten by insurance companies. The company contends as a general proposition that it makes rigorous efforts to ensure that the centers and their personnel comply with regulations that cover marketing and sale of short-term health insurance policies and health benefit plans.

However, a review of the backgrounds of third party sellers for HII calls the rigor of the company’s vetting of third parties into question.

Our review of publicly available documents revealed that HII has been affiliated with brokers and companies whose principals have faced civil, criminal or regulatory issues. Some of these third parties with questionable legal and regulatory histories have already been identified, but others have not. In this article, we identify three previously unpublicized relationships based on our review of publicly available records.

HII makes it difficult to otherwise assess its screening process for third parties. The company does not provide any information about how it screens individual sales people or how it qualifies the independently owned call centers included in its external distribution network—a sales channel for whose actions the company can be held liable.

HII did not respond to three email requests for comment.

A Closer Look at The Benefit Depot and Kevin Renert

Sale and rescission of Conroy policy. An article published in The New York Times on November 30, 2017, tells the story of Kevin and Linda Conroy. About two months after Linda Conroy obtained a short-term insurance policy for herself and Kevin Conroy on July 25, 2014, Kevin Conroy had a heart attack and triple bypass surgery.

The Conroys’ bill was $900,000. HCC, the insurer, filed a lawsuit claiming that the Conroys’ policy was rescinded because Kevin Conroy failed to disclose pre-existing alcoholism and degenerative disc disease. The Conroys filed a counterclaim. The lawsuit is pending.

Documents filed in the Conroy litigation show that the HCC policy was sold by HCC Life Appointed Agent Nicole Renert. A deposition of Jon Padgett, Vice President of Claims and Compliance for HCC Medical Insurance Services, LLC, taken in connection with the Conroy litigation states that Nicole Renert must have been working with HII “Because this was an HII policy. So the agent would have come through HII.”

In addition, the compliance call transcript—the portion of the call that is recorded to ensure that certain disclosures are made to the applicant—asks Linda Conroy to confirm that the policy is underwritten by HCC Life Insurance Company and Administered by Health Insurance Innovations. During the verification call, Linda Conroy asks a question about whether physicals are covered. In response, Bjorn, the individual who performed the compliance call, refers to an agent that made representations to Linda Conroy and offers to send Linda Conroy back to her agent if Conroy has additional questions during verification. Again, the HCC approved agent listed on the Conroy application is Nicole Renert.

The email rescinding the Conroys’ policy from HII includes carbon copy emails to thebenefitdepot.com. Both Nicole Renert and Kevin Renert, who have the same address, were managers at The Benefit Depot, according to The Benefit Depot’s Articles of Organization. Social media searches and a review of publicly available documents for other corporations at which Nicole Renert and Kevin Renert are officers suggest that the two are married.

Relevant documents from the Conroy litigation are available here.

Renert was sentenced to time served and supervised release for a period of two years. Renert and co-defendants were jointly and severally required to make restitution payments totaling $11,598,669.88. Importantly, the criminal information includes the same address as Kevin and Nicole Renert address on The Benefit Depot articles of Organization:

Kevin Renert’s regulatory history. In a consent order filed on October 31, 2014, The Benefit Depot was placed on probation for a period of a year by the Florida Department of Financial Services and agreed to pay an administrative penalty of $5,000. The order also required that the members of The Benefit Depot, including Nicole Renert, agree that Kevin Renert an owner and former corporate member of The Benefit Depot is disqualified and prohibited from engaging in all practices related to the sale of insurance in Florida.

Kevin Renert responded to our initial email, but did not respond to any follow-up emails with specific questions for this article.

HII makes advance commission payments to many of its independent distributors to help with the cost of lead generation and to provide them with working capital. In most cases where the company makes advance commission payments, according to the most recent 10-K, it receives security interests in collateral. To perfect the security interest in collateral, the company has to file UCC-1 financing statements.

On April 18, 2017, a UCC-1 financing statement was filed in Florida listing a subsidiary of HII, Health Plan Intermediaries Holdings, LLC, as the secured party and Tavere Johnson as the debtor.

A quick Google search for Tavere Johnson produces a result of a “Final Order for $30,900 Fine Against a Consumer Collection Agency for Prohibited Business Practices.” The Monthly Agency Achievement Report for April of 2016 states that The Division of Consumer Finance entered a final order against Investigative Recovering, Inc, Michael Jagroo and Tavere Johnson for prohibited business practices by failing to respond to the OFR’s request for a response regarding a consumer complaint. Although the Monthly Agency Achievement Report lists the company as Investigative Recovering, the Final Order identifies the company as Investigative Recovery Inc.

Using the Florida Secretary of State’s webpage and Johnson’s social media profiles, it is fairly easy to ascertain that the Tavere Johnson involved with Investigative Recovery is the same individual who HII has a relationship with, likely in connection with Johnson’s company, Modern Health Benefits. In fact, the address at which the administrative complaint against Investigative Recovery, Inc. was served matches the registered agent name and address for Yag Production, Inc., one of Johnson’s more recent ventures.

On April 18, 2017 a UCC-1 financing statement was filed in Florida listing Health Plan Intermediaries Holdings, LLC as the secured party and Mark Palterovich as the debtor. The first result that shows up in a Google search for Mark Palterovich is a lawsuit in federal court in Brooklyn, New York, that was filed in September 29, 2016. The caption or nature of the suit in the first Google result is “370 Torts- Personal Property-Other Fraud” and the cause is “18:1961 Racketeering (RICO) Act.”

The complaint alleges that Palterovich and other defendants engaged in a fraudulent scheme to remove $300,000 in equity from the plaintiff’s home. The lawyers in the case had a difficult time locating Palterovich. On January 17, 2017, they filed a letter with the court asking for a 90-day extension of time to serve Palterovich.

Specifically, the letter stated, “Finally, regarding Defendants Durrant and Palterovich, these Defendants have multiple addresses and aliases associated with them and our process server has attempted to serve them at many of the addresses provided to no avail. These two Defendants in particular are germane to the underlying action.”

“It is believed that defendants have defrauded numerous other similar African American homeowners who were desperately seeking relief from impending foreclosure,” the complaint states. The complaint specifically identifies Palterovich as a principal perpetrator stating, “It is believed that Palterovich and Durrant have operated scam enterprises such as the one at issue in both New York and Florida through various corporate entities and aliases.”

We spoke with Mark Palterovich who initially indicated he would provide a comment, but he has not returned our subsequent calls. 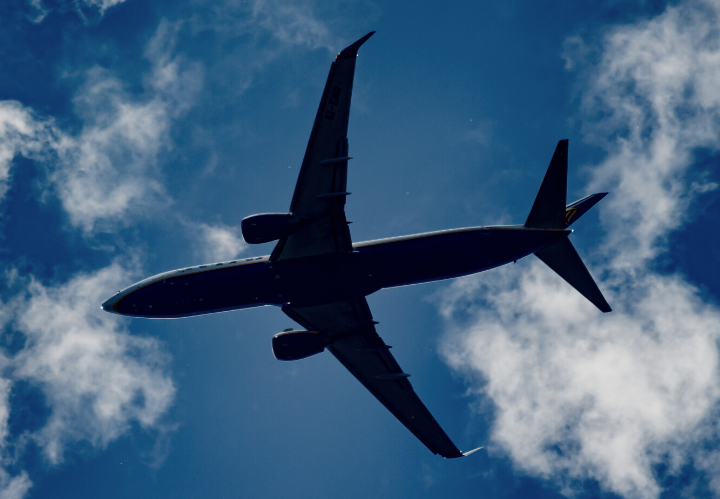 JetBlue’s (JBLU) proposed $3.8 billion acquisition of Spirit Airlines (SAVE), which the companies formally inked on July 28 after a months-long takeover dance, faces an uphill climb to close given...
Aug 11, 2022 Read Now > Privacy Policy: Third-Party Businesses that Engage in Data Collection for Cross-Contextual Advertising May Have to Alter Practices Under CPRA, Experts Say

The draft regulations of the California Privacy Rights Act contain various provisions that are designed to limit the sharing of consumers’ personal data with third-party companies that do not...
Aug 08, 2022 Read Now >